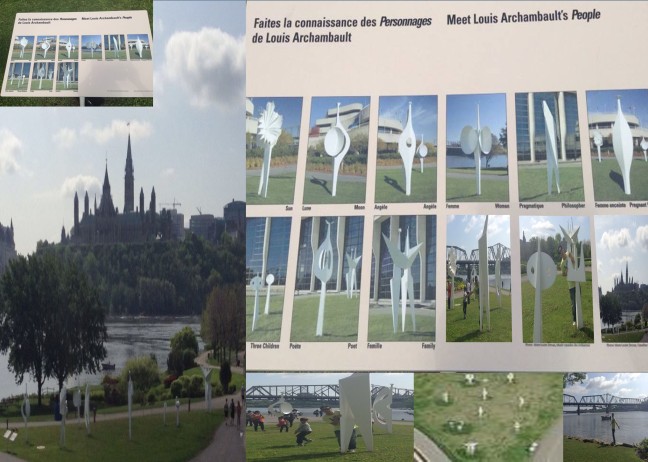 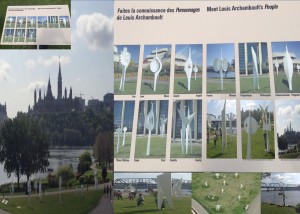 Within the  Canadian Museum of Civilization ground in Ottawa, one can’t help but notice tall white figures resembling a human form from a far. Only when you walked towards it, you’ll notice that it’s actually figures of people created by Montreal artist Louis Archambault.for Montreal’s Expo ’67, He named it “People”.   You can pose on his several depictions like emblem of the Sun, depiction of a Pregnant Woman, Three Children, Family, Poet , Philosopher and others. . A cool sculpture that shouldn’t be miss  especially if you’re strolling in that serene park besides the ottawa river. – by JoelF